Underwater geothermal heating related to seismic activity caused the oceans to warm, not global warming. It's also the likely culprit of the recent atmospheric warming over the last few decades, not carbon dioxide in the atmosphere.

Read more »
Posted by Paul Clark at 15:06 No comments: Links to this post

Heh thanks Express. I had no idea that they covered my video about the faking of all manned space travel about two years ago.
I still haven't finished the bigger part two I have planned. But it will be done one day. Luckily many others are picking up the ball too. Judging by the comments on youtube Apollo videos there's a mass awakening now that the moon landings were fake. 50 years on and we still can't go back! 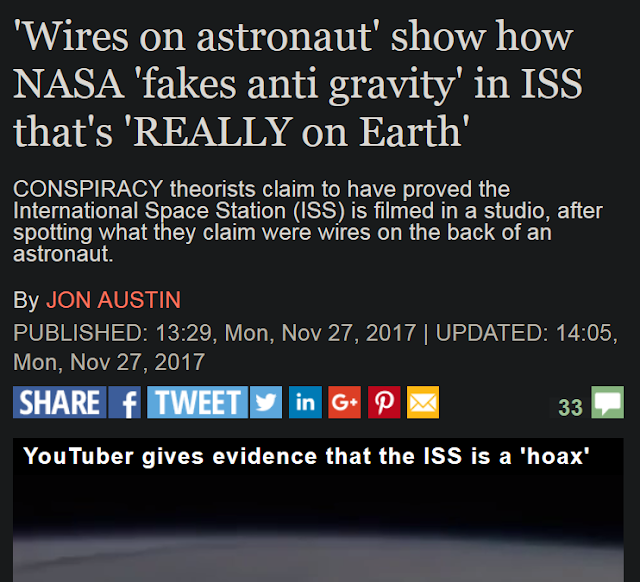 Read more »
Posted by Paul Clark at 20:50 No comments: Links to this post

Comparison of RSS to BoM temperature for Tasmania

Is Tasmania burning? Not according to satellite temperature for the lower troposphere derived by Remote Sensing Systems.  This is in response to  this tweet from a Green.


Tasmania is burning. Supporters of coal like Scott Morrison have effectively struck the match that started these fires. He is not welcome in our state until he ends his love affair with coal.
— Nick McKim (@NickMcKim) 24 January 2019

I compare RSS TLT differences between version 4 and 3.3 for northern and southern hemispheres. RSS have updated their satellite temperature lower troposphere and released a new version called 4.0.

Carl Mears of remote sensing systems is a staunch warmist and has recently produced a new version of TLT that just so happens to comply with the global warming theory. Below shows the strange difference between northern and southern hemisphere uptweaking.