In another day of dog-bites-man news, a warmist makes a wrong claim. On this webpage:

..about a new postage stamp from the US post office. An Anthony Watts article is linked to:

And user "Sherry" makes the following comment (plus my reply). I took a screen shot in case she removes it for sheer embarrassment: 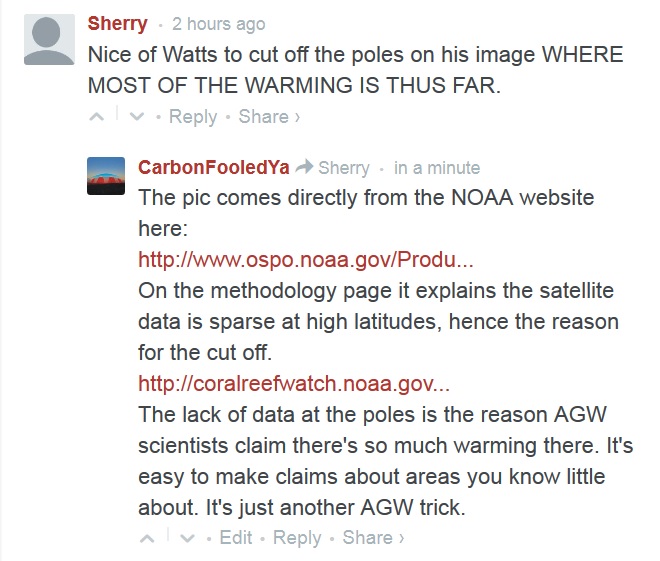 My latest tweet and graph regarding Andy Lee Robinson -- the "Arctic death spiral" guy (website). Sometimes so-called death spirals come back. I should write a song as a musical rebuttal to his song entitled Arctic Death Spiral.
Mine will be called: Arctic ice: the return. But the horror of such an Arctic sea ice return movie could be considered cruelty to warmists.