Despite the DMI institute showing quite a mass gain for Greenland in 2016: 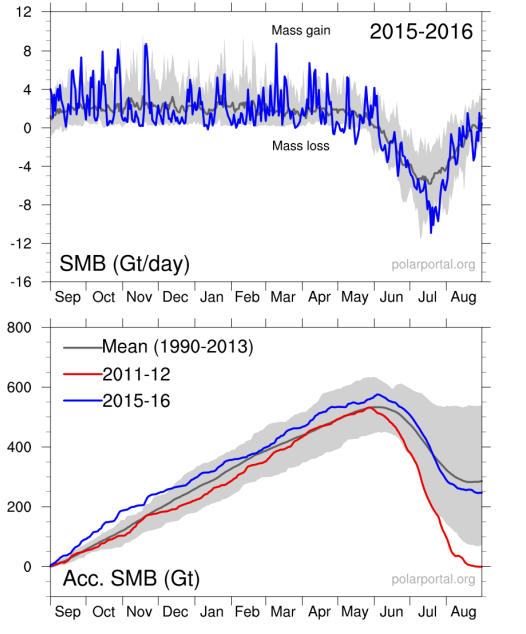 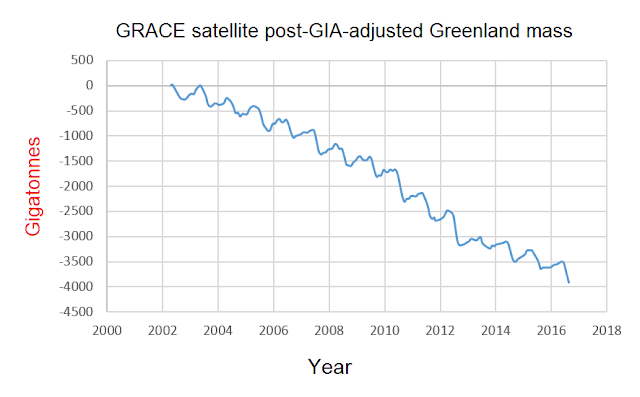 Compare the above graph to the following graphs of recent years of DMI's model for Greenland surface mass balance. 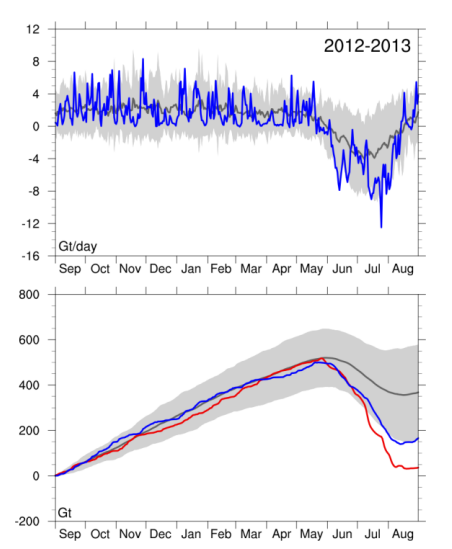 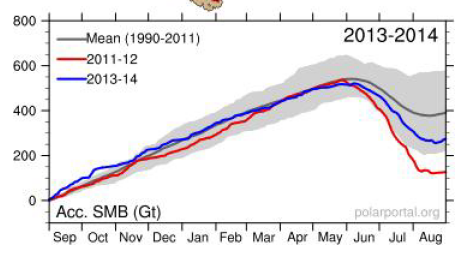 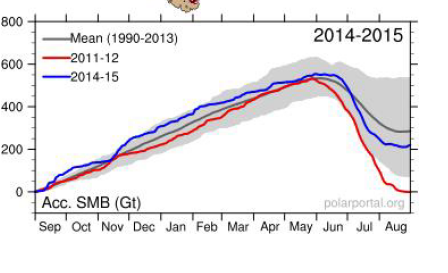 GRACE should be gaining mass in the last couple of years to 2016 but it shows a falling trend for these years.

So here's a version where I've just eyeballed the above graphs and tried to "un-adjust" the GRACE data to bring it into line, by making a 240Gt/year adjustment, and this is the graph that's output (Excel file). 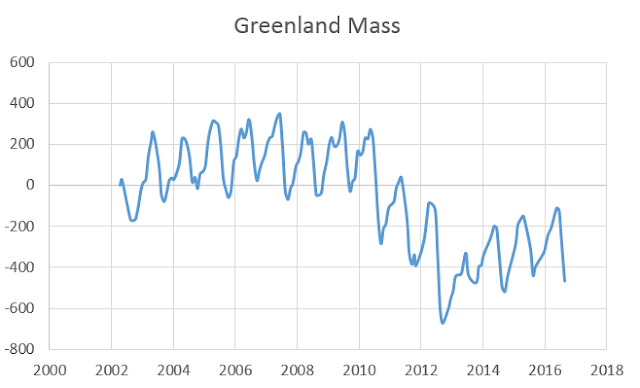 Seems the GRACE data has too negative a bias and is not calibrated right. If Greenland was losing that much ice why would there be no noticeable acceleration in sea level rise? Something's out of whack at NASA. 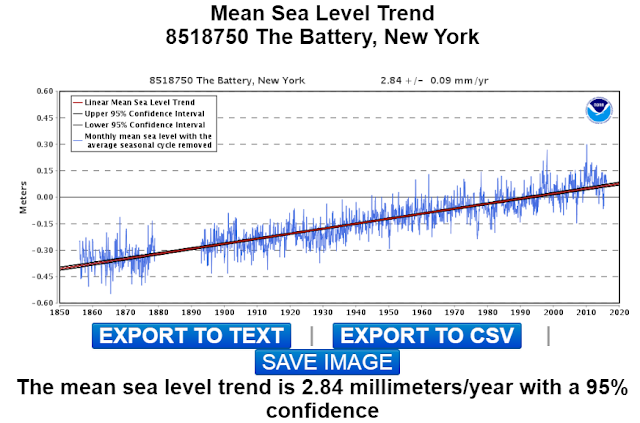 Would you believe two satellites separated by 220 km, 500 km up measure Greenland ice mass better than a ground-observation-based model such as DMI? No neither would I and the foregoing proves it. 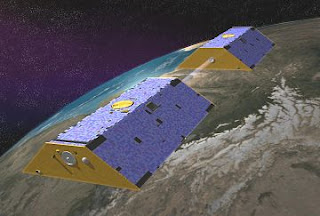 The problem could be to do with the artificial glacial isostatic adjustment that is applied, a lot of which is guess-work. The whole world is slightly expanding as a result of rebound after ice of the last glaciation melted. Especially where the ice sheets last were:

A mistake in the amount of GIA applied could be compromising the GRACE data. Of course if there is a systemic error in the data, since the error is useful for a global warming narrative, it's unlikely to be recognised and rectified for as long as possible. 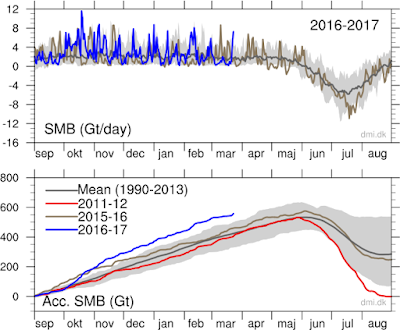 It's been cold in Northern Atlantic for a few years now. Greenland and Canada are where the ice sheets of the next glaciation will form. 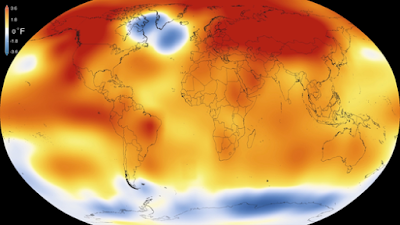