It's often said there's a lot of warming in the North Atlantic & surrounding land stations so let us check there first with the RSS TLT temps in a square as depicted in the following map: 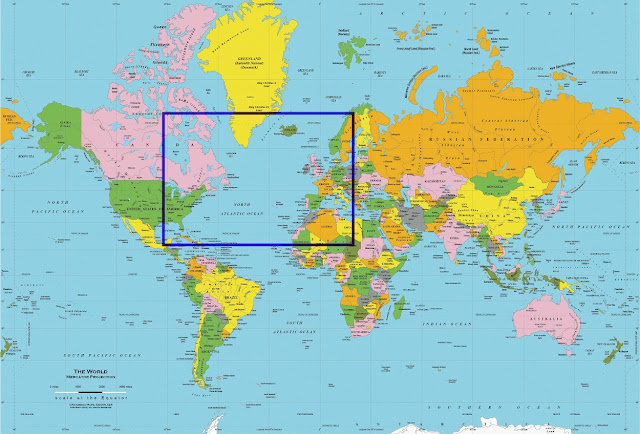 There is some warming in excess of the global average. It looks similar to the temps for North latitudes 21.25 N to 36.25 N (see graphs further down). In red is the code for Matlab R2016a.

To create data for all area outside the rectangle (Everywhere but North Atlantic):


To create data inside the above rectangle (North Atlantic):

The non-north Atlantic graph is similar to the global graph. There's a lot of warming in the tropics, especially to their north. And also a bit in North Atlantic and North Pole (more graphs below). 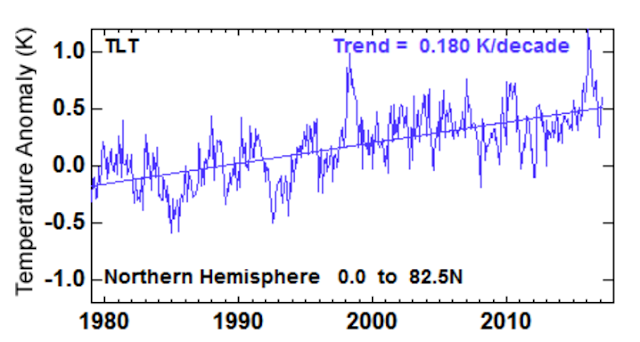 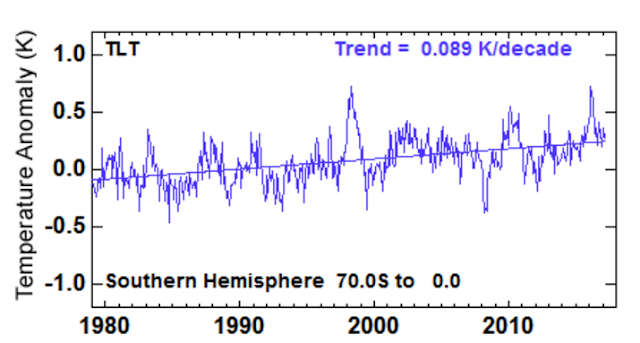 My North and South Hemisphere together: 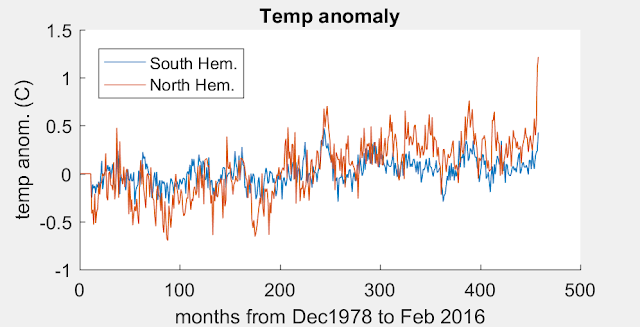 The above graph ends in Feb 2016 around the peak of the El Nino. Notice how much bigger it is in the northern hemisphere. Could this lopsided warming possibly be global warming?? Of course not!

Add them together for global. My graph: 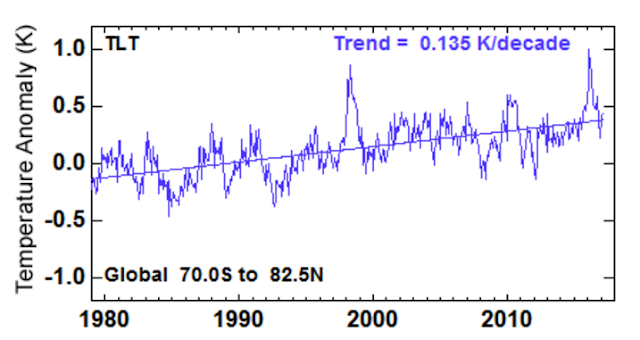 My graph is slightly different I'm guessing because I'm weighting the poles too much. Because of the type of projection, the grid points bunch up toward the poles and thereby provide a disproportionate influence on the global average. A cosine function is a likely remedy to counteract it.

But the foregoing issue shouldn't impact these following graphs which have a narrower range of about 7 grid points which corresponds to about 17.5 degrees of latitude.

My graphs for various latitude bands. For these I eliminated the longitude dimension with:

Then I copied the data into Excel with:

...and manually made some graphs. 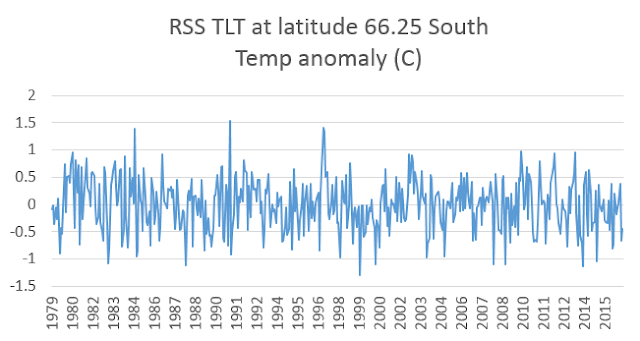 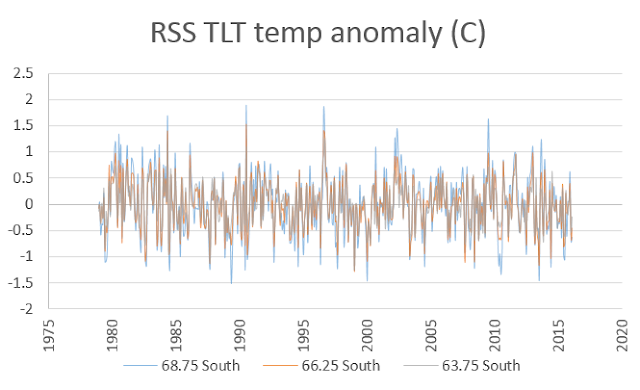 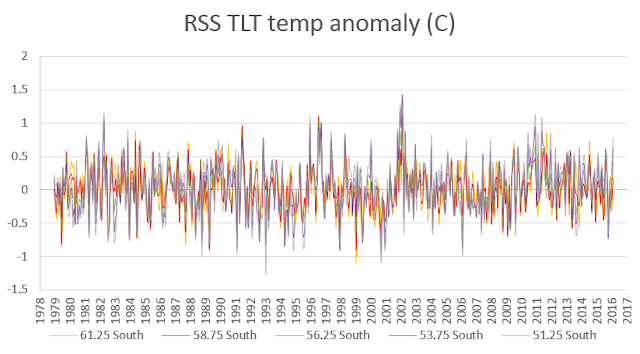 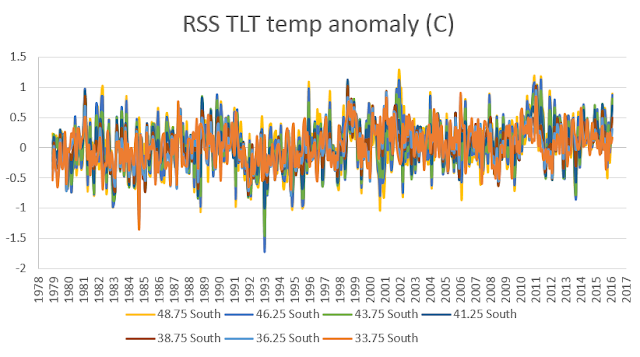 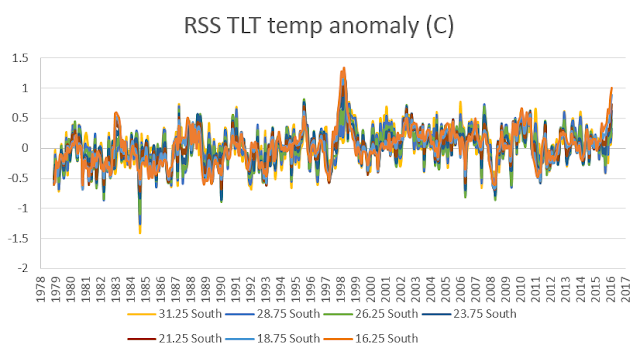 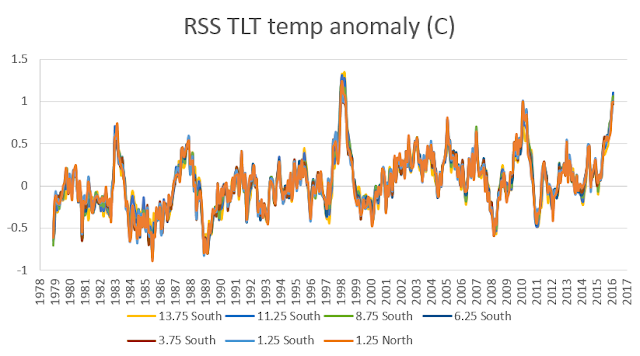 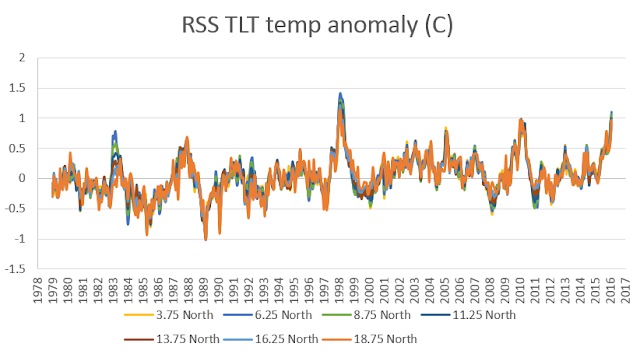 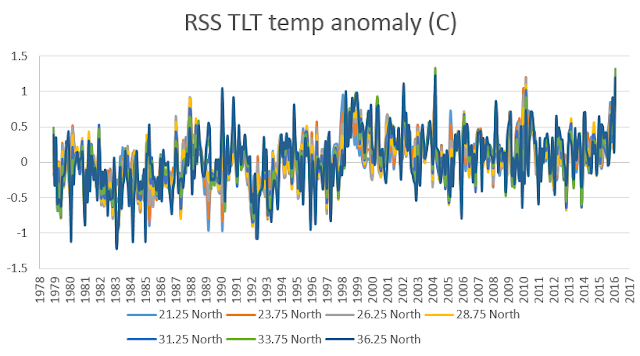 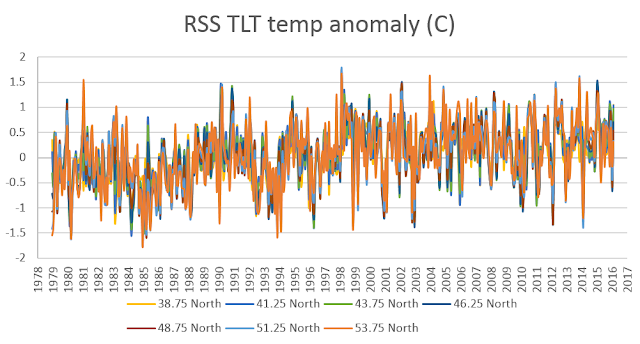 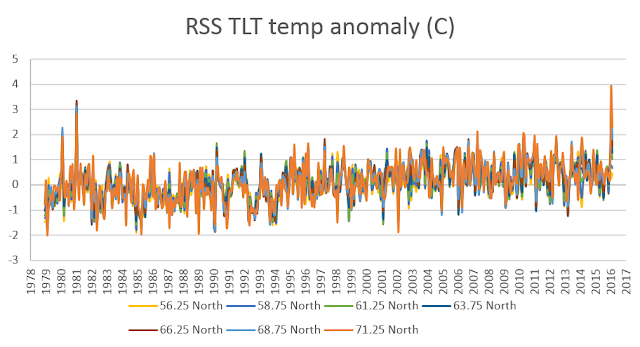 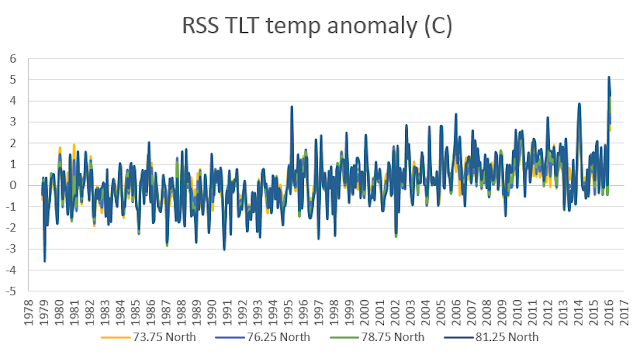 Some Excel files I used: