The hottest month in #Greenland is usually July.
The melt season may be over for this year.
July 25-August 7, 2017https://t.co/sNxIwoCMYE pic.twitter.com/Nk4oCiHmfZ
— キリエ (@KiryeNet) 8 August 2017

Here is my GRACE graph which is from the data now updated to January 2017 and it still shows ice loss. 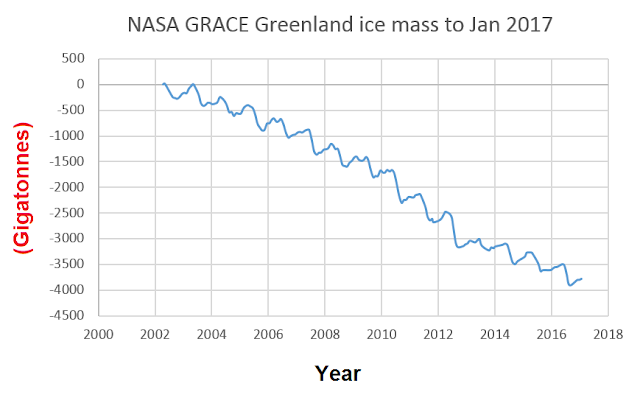 Hence the NASA lie is finally revealed. It is a achieved through a bogus glacial isostatic adjustment that artificially increases Greenland's ice loss by pretending the land under Greenland is rising & therefore needs to be adjusted for.

But the diagram below shows that global warming actually increases snow over Greenland causing the ice sheet to greatly thicken during the interglacial, which actually pushes Greenland down, not up as the liars at NASA say. 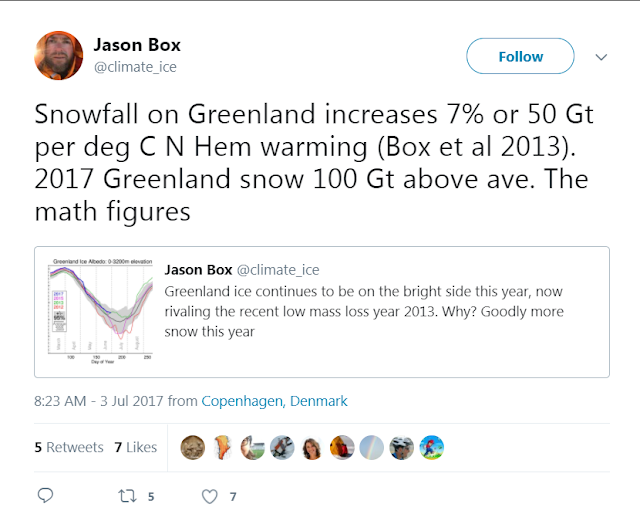 Global warming is a fraud and NASA lies. But there's a sheep born every minute & these sheep vote for left wing parties such as Labor.