A 3C rise in temperature is just a 1% energy rise

With no phase changes the energy content of the air is proportional to its temperature. Earth's pre-industrial average temperature is 15C. Under a high estimate for CO2 warming of 3C the final temperature is 18C. Convert to absolute temperature and the difference is just 1.04%:

Warmists don't like facts laid bare like this (_1, _2). 1% is not enough to notice any difference in any climate metric such as hurricanes or tornadoes. Instead they insist on expressing the energy increase in joules or Hiroshima atomic bomb equivalent. This is more useful for their scare narrative. But when this energy is spread out over a large area it's nothing. This is why warmists hate the percentage value.


To asses the type of impact a 1% energy rise might entail, here is the current hurricane accumulated energy graph: 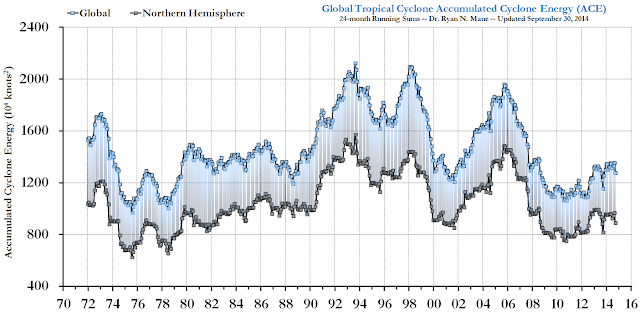 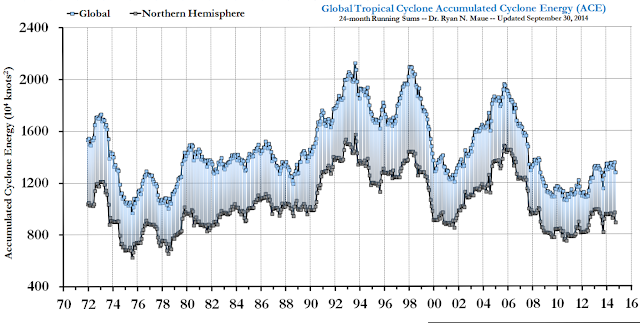 Now here are the two graphs side by side and you can see the devastating impact the near-worse-case-scenario of a 3C temp rise for a doubling of CO2 is. Scared?

Meanwhile in the real world weather-related losses per GDP are falling: 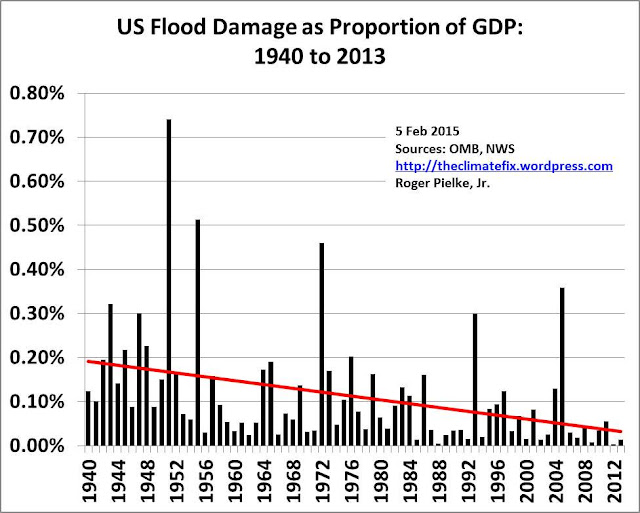 Moreover in a warming world the poles warm more than the equator (polar amplification) therefore there is less pole-equator temperature difference and weather is actually better (1_, 2_, 3_).

The era of dinosaurs occurred when earth average temperature was some 10C warmer with the poles ice-free. The weather was so stable huge plants and animals were able to flourish. The real weather erraticism happens when earth cools and glaciates.

Expressed as a percentage the energy rise of a few degrees celsius is so small as to be dismissed. Just another aspect to the great climate hoax.