Recently, a spacesuit sprung a water leak and the suit started filling with water, such that the astronaut's life was in danger and the "spacewalk" had to be aborted.

As I mentioned in my space reentry vehicle posts (index), if every reentry vehicle of the capsule type (possible exception of the Space Shuttle) is fake, and the only way astronauts can get back to earth is via such capsules, then the International Space Station is fake too*.

One can look through spacewalk footage to find bubbles coming up.  You can also see scuba gear.  Here's another example: 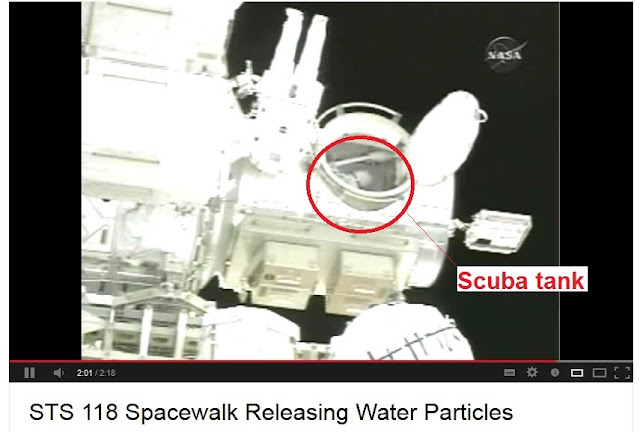 At a about 2:01 in the above video you can see someone is wearing a scuba tank.

And as I explained in my post on the porous plate sublimator, there should be no visible water or ice coming from it, unless the sublimator is severely malfunctioning (thus endangering the life of the astronaut). 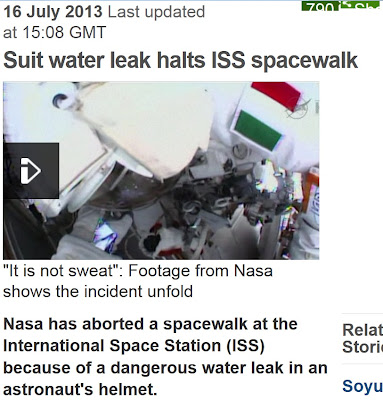 "NASA said it cannot explain the leak."  Of course it can't, not without revealing the whole thing is faked in a float tank.

* Clarification 19/7/2013: Obviously there is an ISS in orbit, which may have been manned at some point.  But the manned portion is mostly fake.  And every space walk is likely fake too.