It was still close enough though. There is no warming in Australia during satellite period.

Now that I can open NetCDF files in Matlab I can look at various climate-related data files and reveal data by longitude and latitude, kind of like Steven Goddard does only not as good.

You can get the data for RSS TLT here:

First, for comparison sake here's what I get averaging the whole earth:

If you compare it to the WoodForTrees RSS graph they're slightly different: 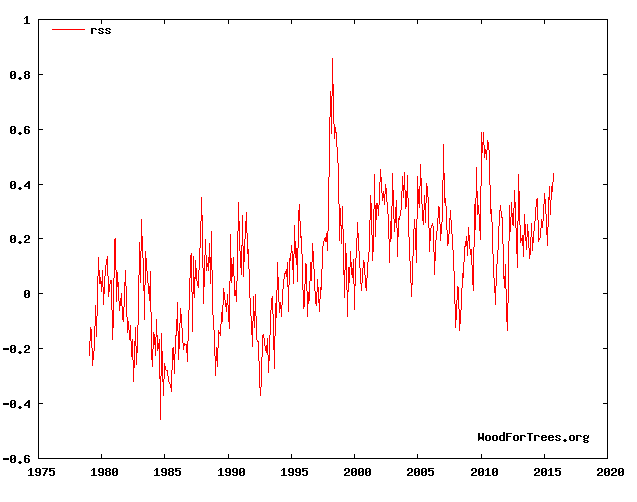 Perhaps adjustments should be made to make my data look more like theirs, e.g. for the distorting effect of the Gaussian projection -- the data points bunch up at the poles. But my graph looks close enough that I'm happy to proceed.

If I average all data in the coordinates roughly corresponding to the following area in the orange rectangle (113 to 147 East, 17 to 34 South)....

...I get the following graph: 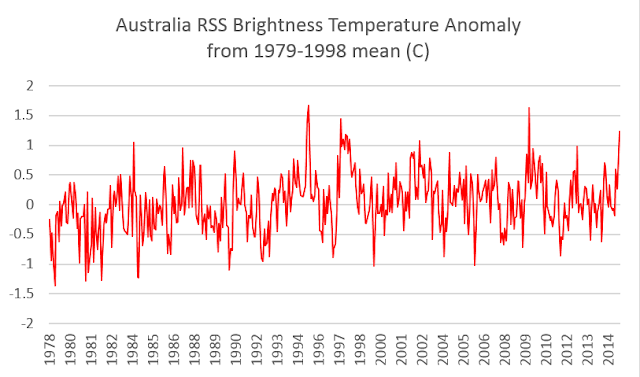 Australia's warmed a bit but not much, especially since 1997.

Compare that graph to the CSIRO "homogenised" graph and you can see the difference. Keep in mind in the CSIRO graph anomalies are with respect to a different (lower) baseline:

Above two graphs side by side: 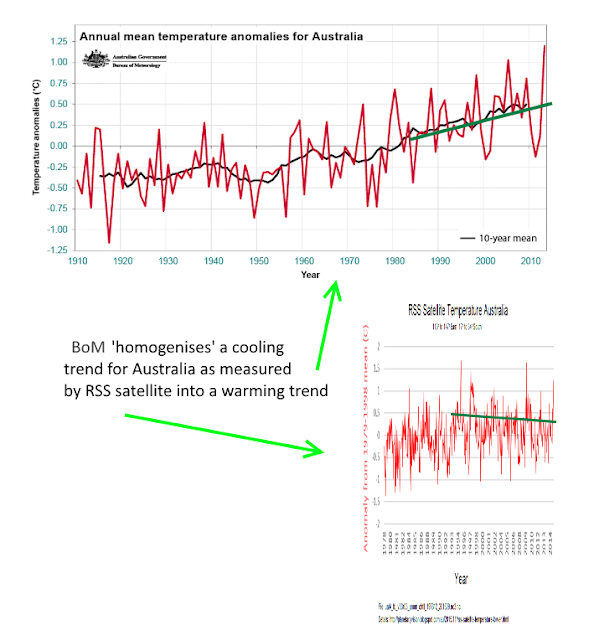 It appears the CSIRO graph is up-tweaked compared to RSS satellite.

Now let's compare a Steve Goddard graph for 25 random points in Australia. My graph looks more like Steven's than the CSIRO's but still a bit different: 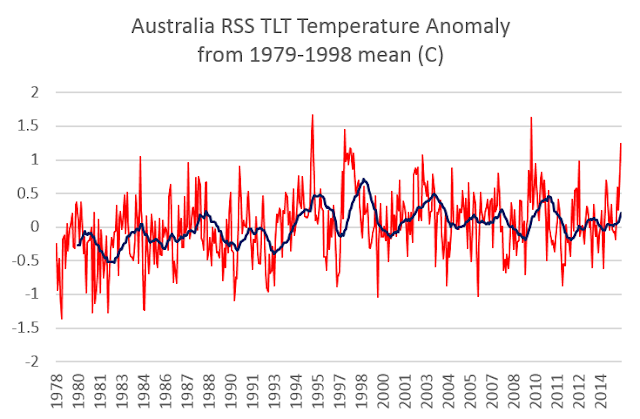