Goddard's account was reinstated after an outcry. But Goddard's suspension lasted only about twelve hours from my observation; Tom Nelson's (@tan123) has been suspended for 2 days now.

Tom Nelson's Twitter account epitomises the virtues of free speech, asking lots of questions that were uncomfortable to the climate establishment.

Was Gavin Schmidt (@ClimateOfGavin) the person responsible for getting Tom Nelson suspended?

Schmidt blocked me a few months ago.

I gather he holds a lot of sway in Twitter and the establishment in general.  He is after all the King of Tweak.

NASA's Gavin Schmidt comes across as a spiteful kinda' guy who will lash out if threatened.

And he couldn't care less about, and is mysteriously blase about the causes of, Tom Nelson's suspension.

@wattsupwiththat which do you prefer? I mute you until this all goes away, or I block you entirely? #dontcare
— Gavin Schmidt (@ClimateOfGavin) April 2, 2015

There were some disparaging comments about the Twitter platform in the initial WattsUpWithThat article about the Tom Nelson suspension. 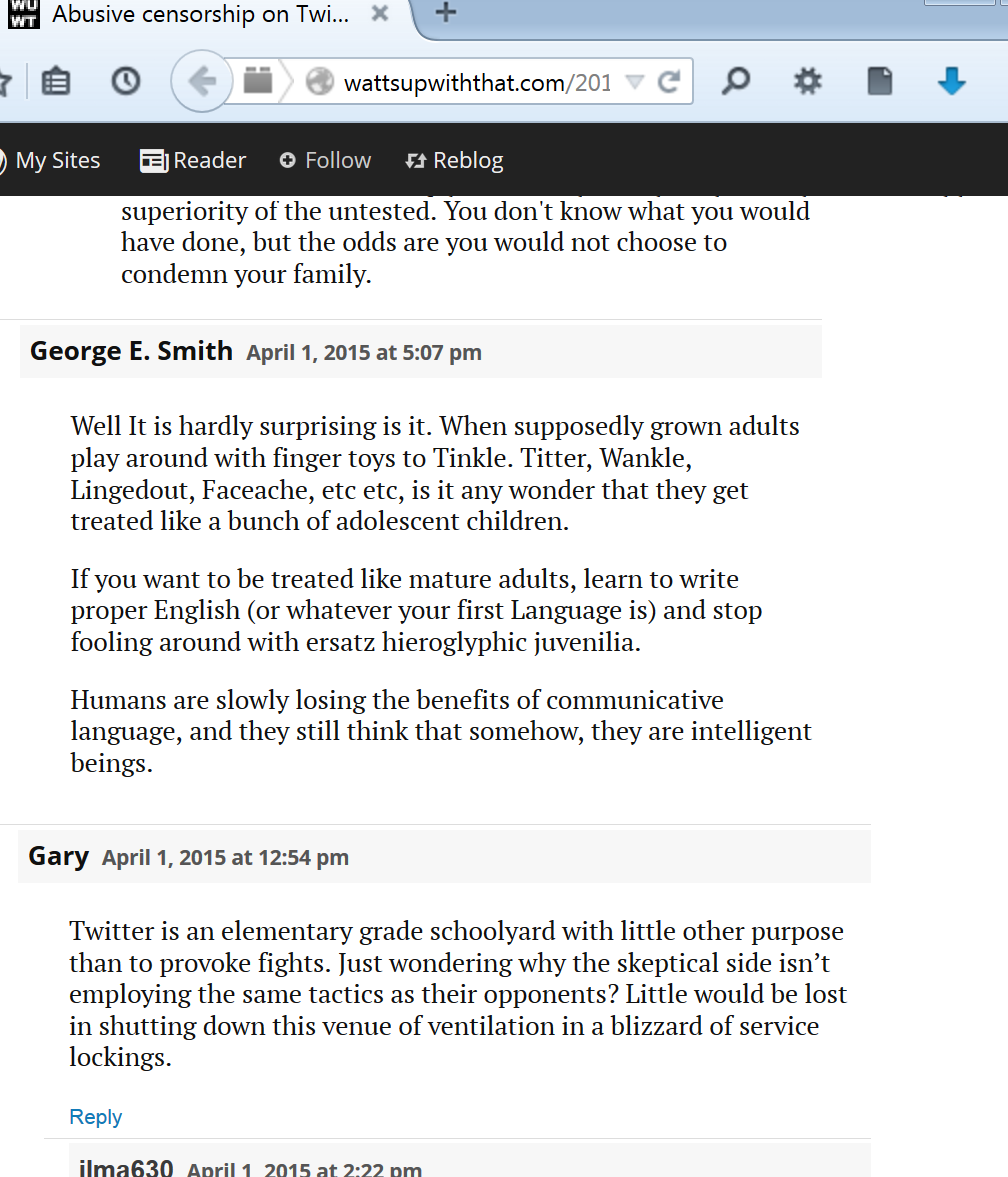 I disagree. I think Twitter is pretty good. I discovered Twitter a year and a half ago and have been an avid follower of Tom Nelson most of that time.  I find Twitter to be a useful research and communication tool.

Sure Twitter is limited to 140 characters, but the fact you can include pics and links compensates for that.  I don't even have to surf my usual internet places for climate news -- I can get all my links from Twitter.

And Twitter is also good as a debating and communication tool -- as a free speech forum. This aspect is greatly damaged through rash, authoritarian actions like suspending Tom Nelson's account.

I was inspired by Tom Nelson to utilise Twitter a lot to express my climate views. I know Twitter is public, and anyone can see it. But this supension's a timely reminder that Twitter is also an organ of the establishment. They monitor and surveille, and will shut up free speech if their schemes such as global warming are threatened.

Tom Nelson is an important account for us climate sceptics and not having it damages Twitter's credibility as a platform for free speech, and for an open exchange of views.

Although in the scheme of things it will statistically be just be a blip for a company as large as Twitter if sceptics boycott en masse, it will be a blow to the Twitter brand.

I thought of quitting Twitter altogether when @SteveSGoddard was blocked a few days ago.  My enthusiasm to use Twitter is dampened by this episode too. Fascist platforms are no fun. Is there a Twitter alternative?

Meantime I'll be putting up a protest avatar such as I did when Steven Goddard was suspended: 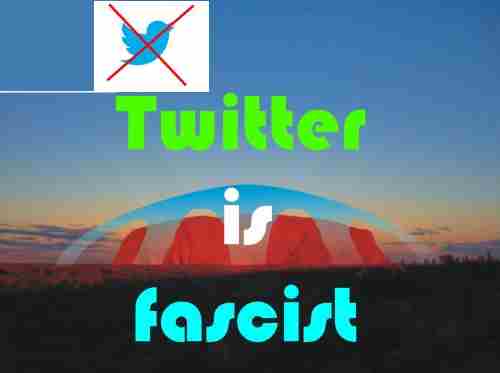 Update 2/5/15: Tom's account was eventually restored a couple days after suspension, shortly after this post.
Posted by Carbon Con at 11:27